All The Stars Burning Bright (expanded) 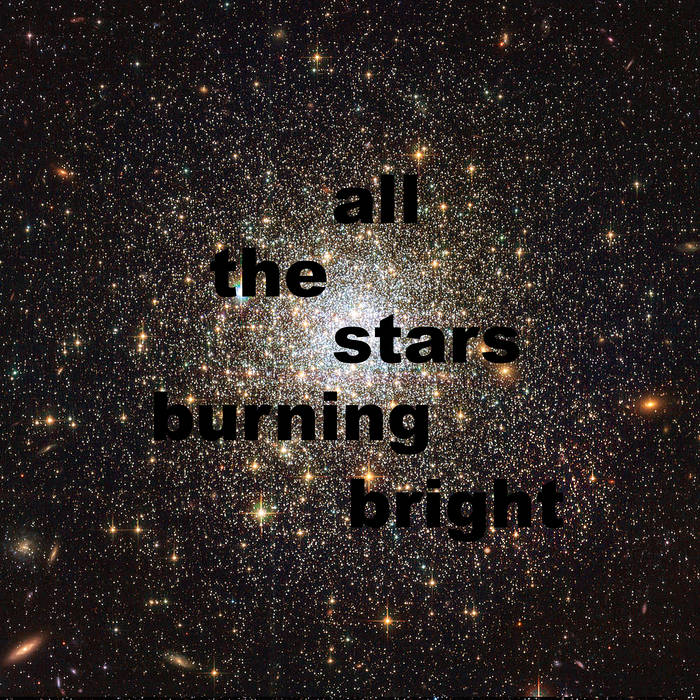 This album is space music in the purest sense, at least as filtered through my aesthetic sense. While working on this I tried to cast my mind back to the wonder I felt as a child gazing at the stars and wanting to explore the night sky. and if you turn the telescope around, things become distant rather than near, a reversed spyglass gazing into my computer's microprocessor. I engaged in my own exploration, finding hidden in strings of numbers, in the mathematical essence of digital sound processing (DSP), other worldly realms and the elder gods. I could hear great nonhuman voices emerging from the monitors, a presence as 'other' as any imagined Little Green Man or Bug-Eyed Monster. OK, a bit ironic how the technology of the computer brought me such nonscientific revelations. For me these soundscapes distill the science fiction stories that I read so long ago, and bring together the inner world of imagination and the outer world of the universe as we perceive it. - Michael Bentley

4/29/2020 - I have expanded this album to include two tracks I felt did not fit the CD sequencing back in 2001. One nice thing about the digital formatting offer here is that I can include extras, and you can choose to listen to them or not. I would say these are, for me, definitely separate from the main line of the album, but very much composed in the same way and at the same time, from the same materials and inspiration. Enjoy! - Michael

From the press release:
All the Stars Burning Bright is an exploration of the universe through sound, an experiment designed by eM to venture beyond our gravity well. Beginning with A Dream of Summer Stars we leave the familiar confines of our horizons and venture into more remote and unearthly sonic realms. Parsecs, constructed largely from heavily processed NASA recordings, propels us across open vacuum, and through the Starswarm that follows. Suspensions and Burning Bright suggest both the immense stillness and roiling activity of the night sky, while Between provides a melancholy respite before the revelations of Others. Our dream fades as we drift Beyond the Shoals of Stars, a piece that elaborates on the track The Shoals of Stars from the Mote release.

These pieces ruminate not simply on the stars, but on the space between them. The compositions emulate no one model, but draw on many sources, from the Voyager recordings to the writings of Brian Aldiss and H.P. Lovecraft. All the Stars Burning Bright also functions as a kind of diary, giving voice to a variety of dreams and memories. All the Stars Burning Bright echoes the deepest reaches of the night with both a sonic lushness and an alien austerity. Sounds passing through clouds of dust and gas, dreaming in the bejeweled darkness.

"... swirling miasma of sound, sounding less like music (at least in the traditional sense of the word) and more like signals from some distant interstellar outpost filtered through our atmosphere of terrestrial transmissions and other interference. A deeply engrossing and truly spacey disc." Greg Clow, Grooves Magazine #9

"Balanced between the abstract and the natural, this album charts an unusual course to the sky: neither space rock nor tonal drift... Warm tones dancing with SETI messages, it offers an excellent soundtrack to many moods... always creating fascinating conclusions." Jeremy Keens, Ampersand Etcetera